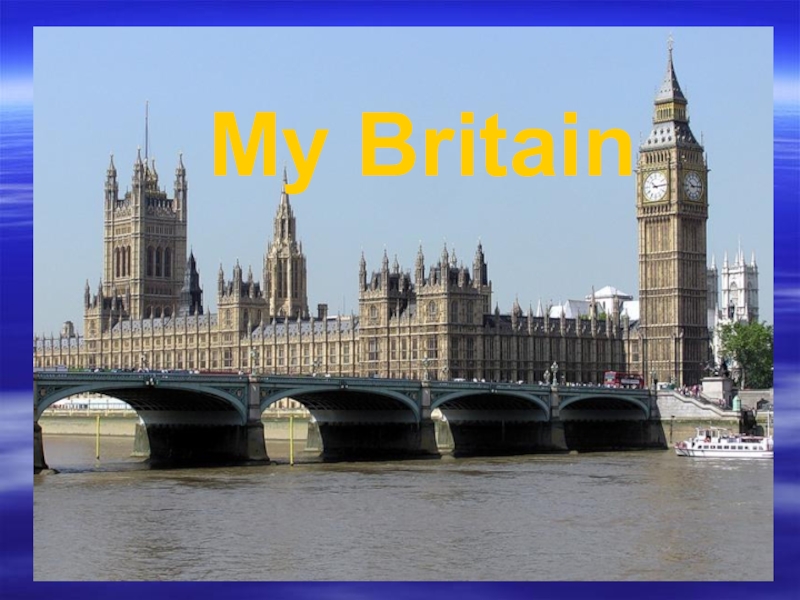 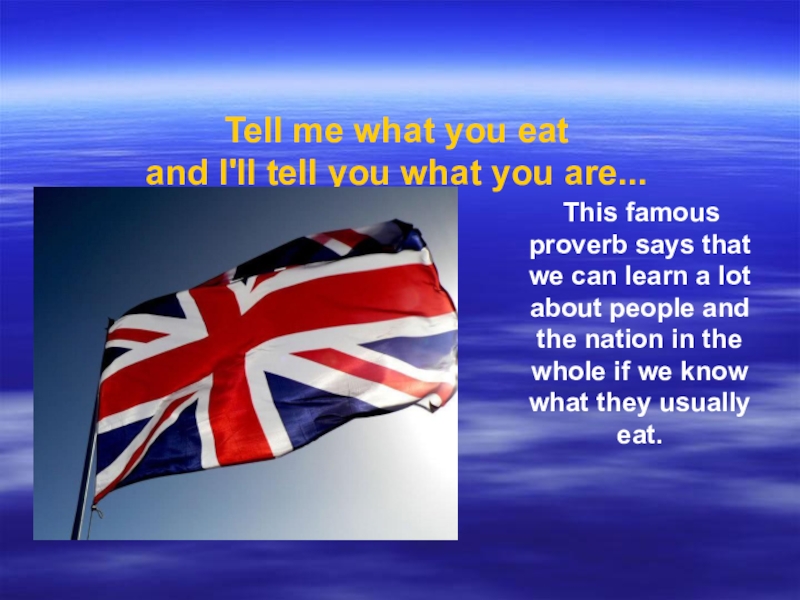 Tell me what you eat and I'll tell you what you are...

This famous proverb says that we can learn a lot about people and the nation in the whole if we know what they usually eat. 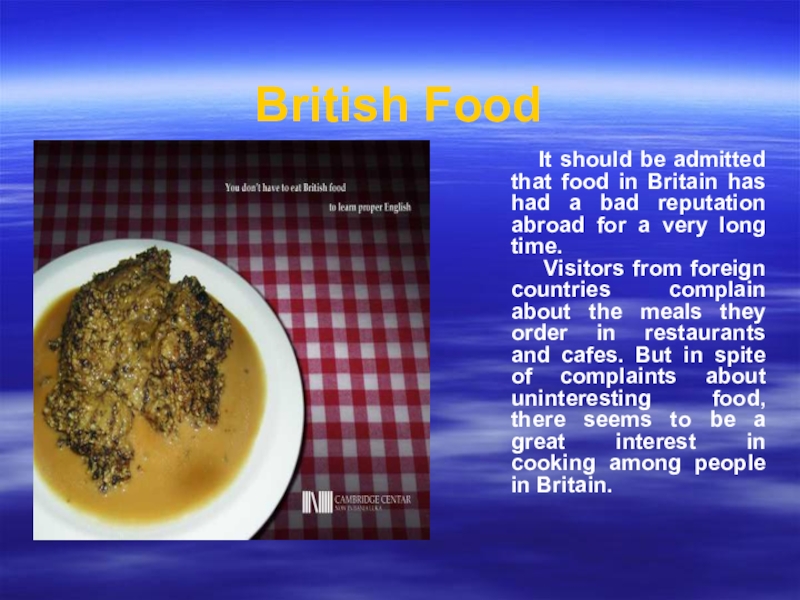 It should be admitted that food in Britain has had a bad reputation abroad for a very long time.
Visitors from foreign countries complain about the meals they order in restaurants and cafes. But in spite of complaints about uninteresting food, there seems to be a great interest in cooking among people in Britain. 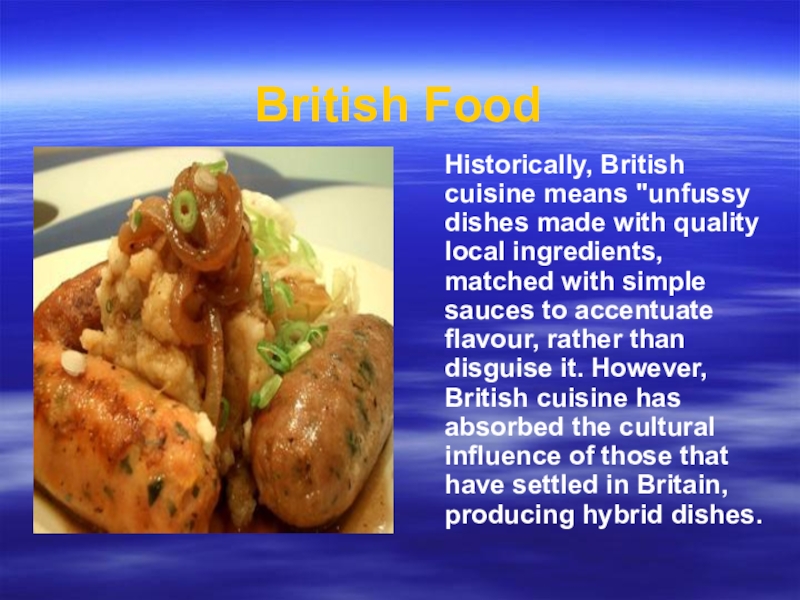 Historically, British cuisine means "unfussy dishes made with quality local ingredients, matched with simple sauces to accentuate flavour, rather than disguise it. However, British cuisine has absorbed the cultural influence of those that have settled in Britain, producing hybrid dishes. 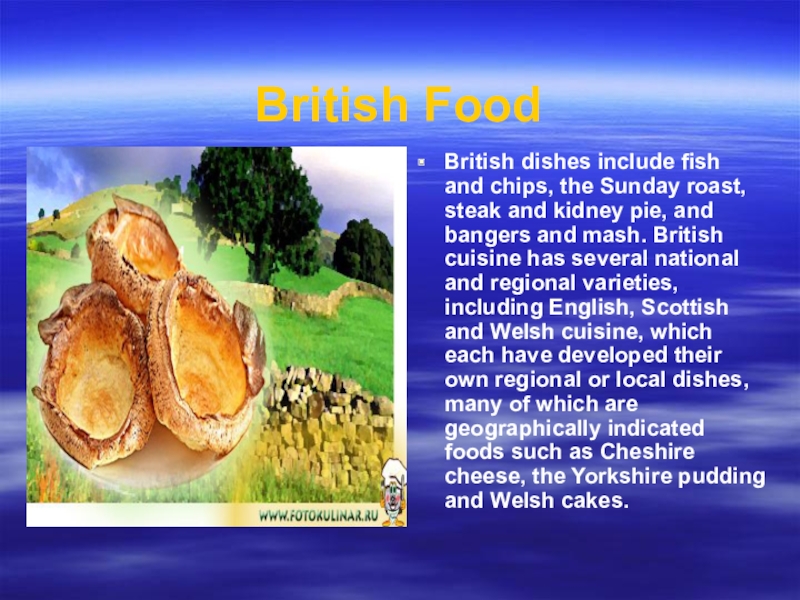 British dishes include fish and chips, the Sunday roast, steak and kidney pie, and bangers and mash. British cuisine has several national and regional varieties, including English, Scottish and Welsh cuisine, which each have developed their own regional or local dishes, many of which are geographically indicated foods such as Cheshire cheese, the Yorkshire pudding and Welsh cakes. 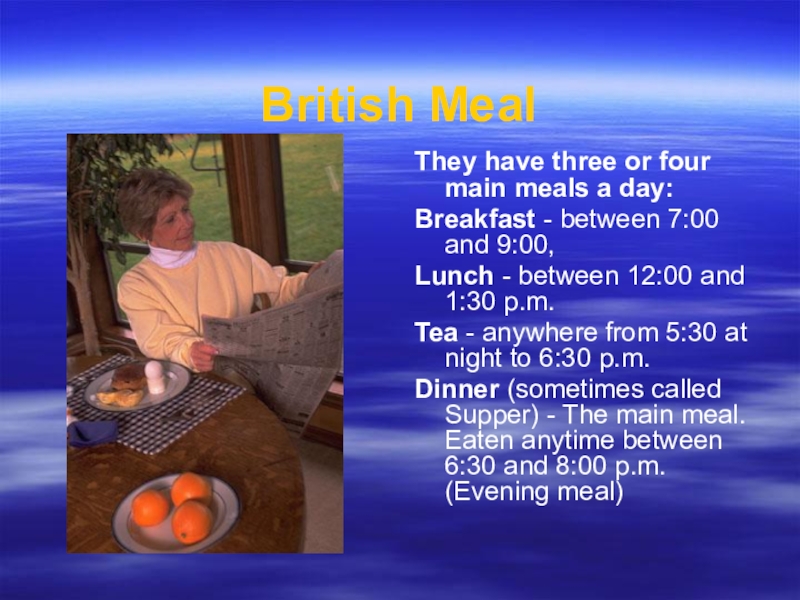 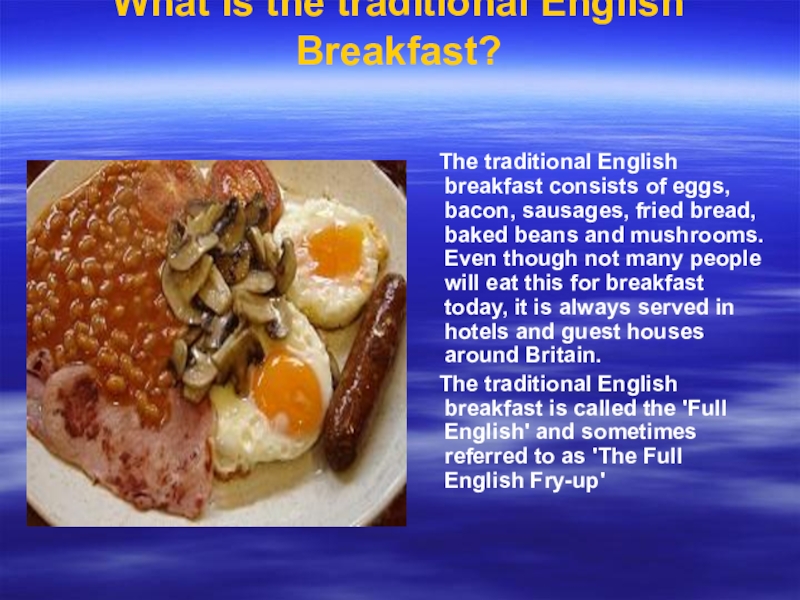 What is the traditional English Breakfast? 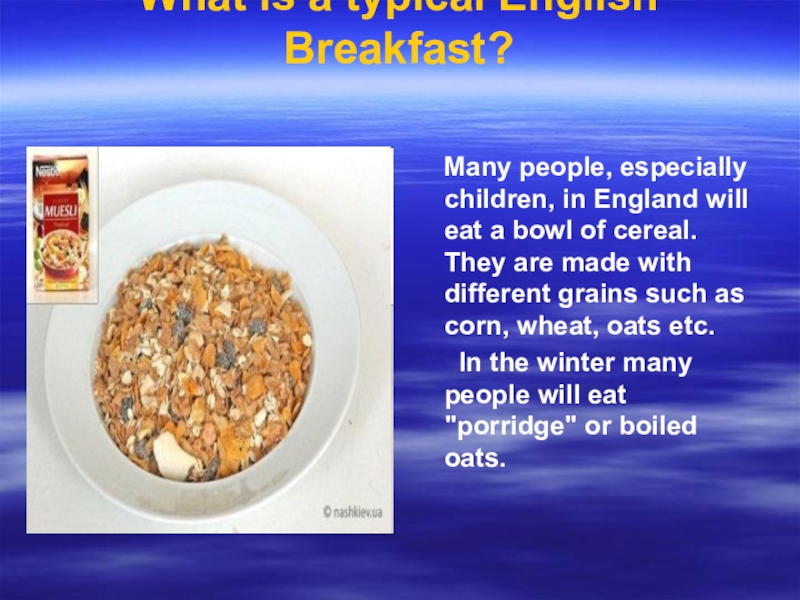 What is a typical English Breakfast?

Many people, especially children, in England will eat a bowl of cereal. They are made with different grains such as corn, wheat, oats etc.
In the winter many people will eat "porridge" or boiled oats. 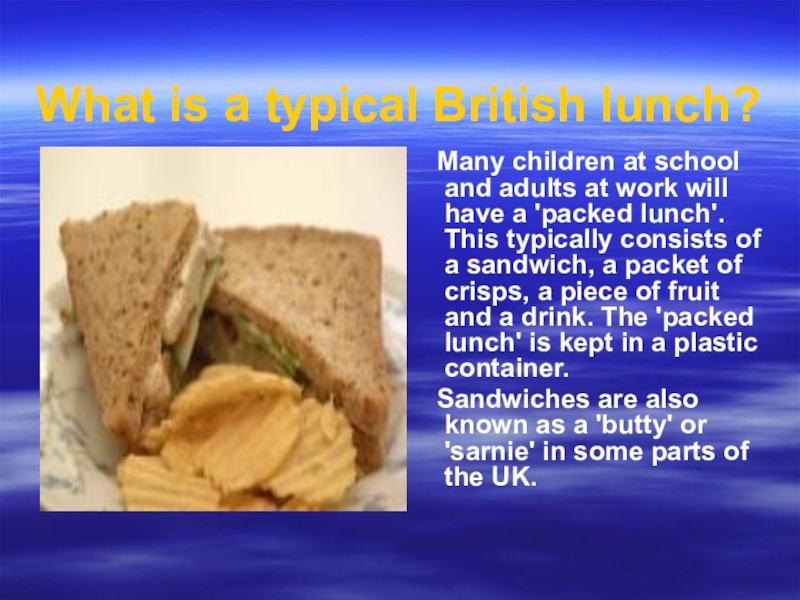 What is a typical British lunch?

Many children at school and adults at work will have a 'packed lunch'. This typically consists of a sandwich, a packet of crisps, a piece of fruit and a drink. The 'packed lunch' is kept in a plastic container.
Sandwiches are also known as a 'butty' or 'sarnie' in some parts of the UK. 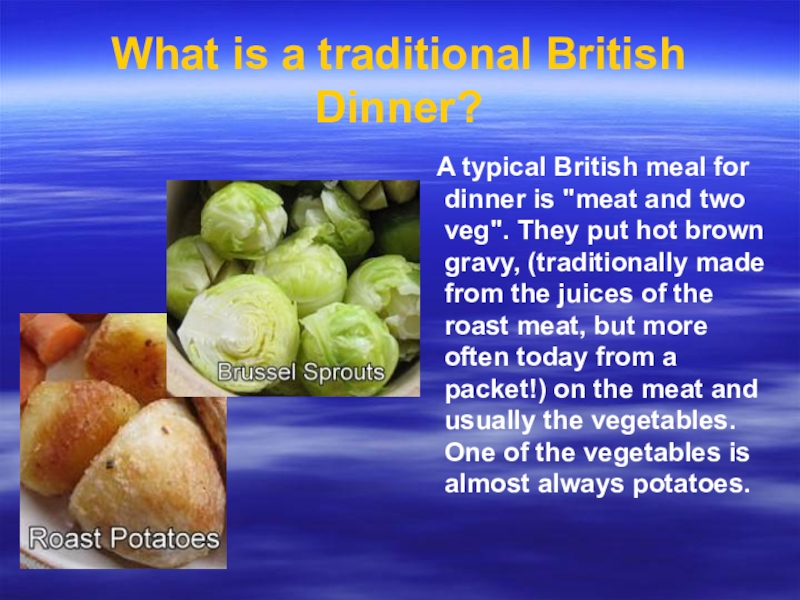 What is a traditional British Dinner?

A typical British meal for dinner is "meat and two veg". They put hot brown gravy, (traditionally made from the juices of the roast meat, but more often today from a packet!) on the meat and usually the vegetables. One of the vegetables is almost always potatoes. 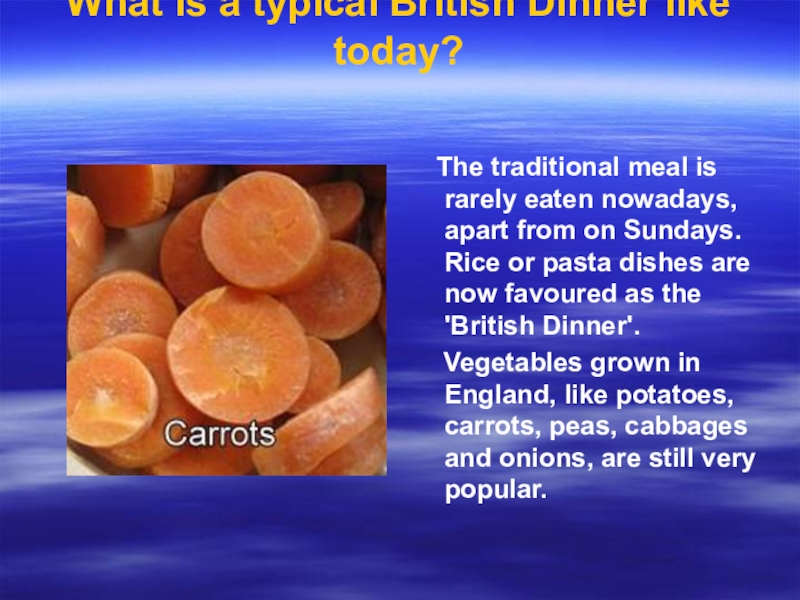 The traditional meal is rarely eaten nowadays, apart from on Sundays. Rice or pasta dishes are now favoured as the 'British Dinner'.
Vegetables grown in England, like potatoes, carrots, peas, cabbages and onions, are still very popular. 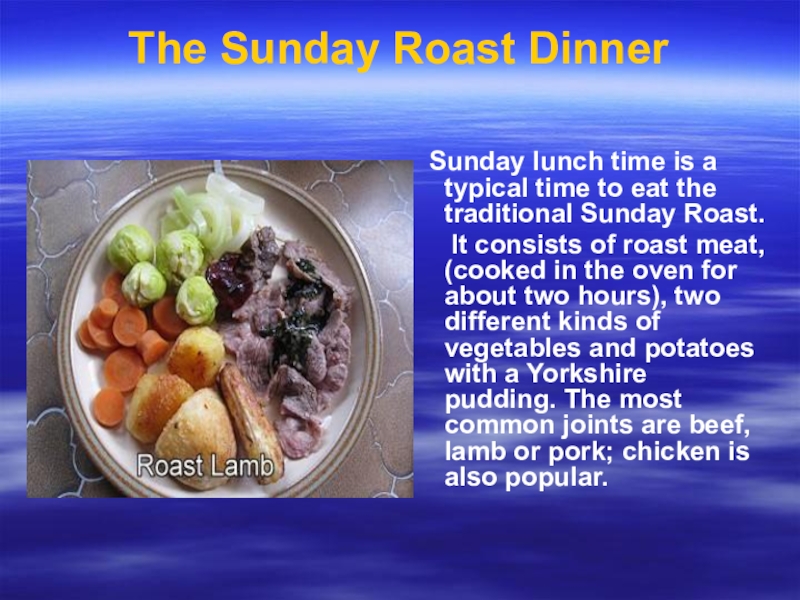 Sunday lunch time is a typical time to eat the traditional Sunday Roast.
It consists of roast meat, (cooked in the oven for about two hours), two different kinds of vegetables and potatoes with a Yorkshire pudding. The most common joints are beef, lamb or pork; chicken is also popular. 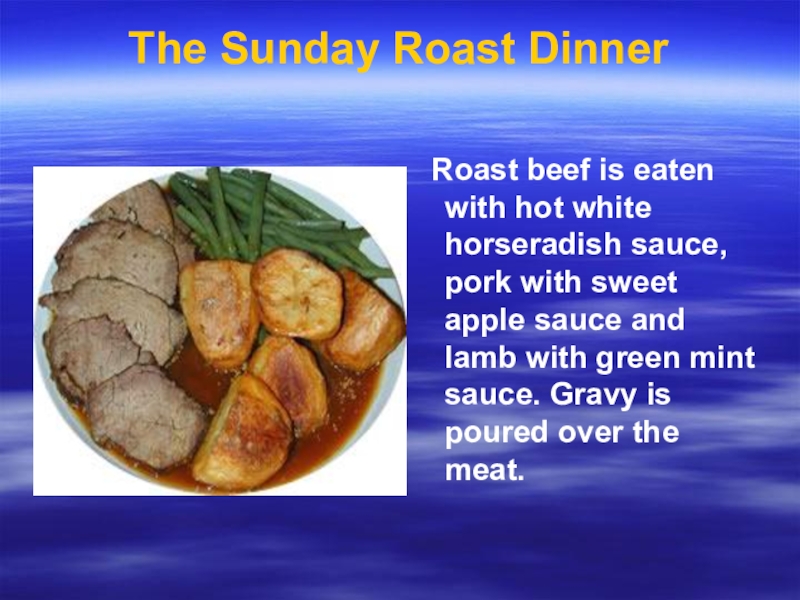 Roast beef is eaten with hot white horseradish sauce, pork with sweet apple sauce and lamb with green mint sauce. Gravy is poured over the meat. 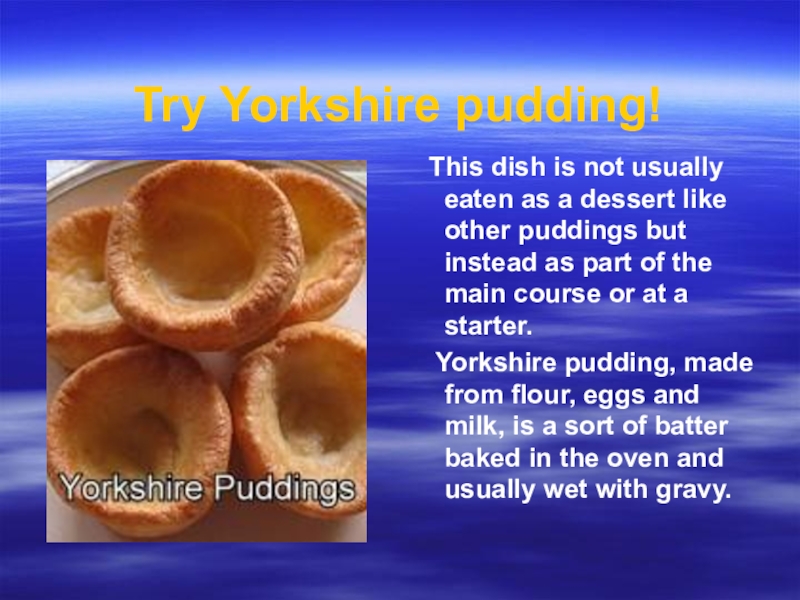 This dish is not usually eaten as a dessert like other puddings but instead as part of the main course or at a starter.
Yorkshire pudding, made from flour, eggs and milk, is a sort of batter baked in the oven and usually wet with gravy. 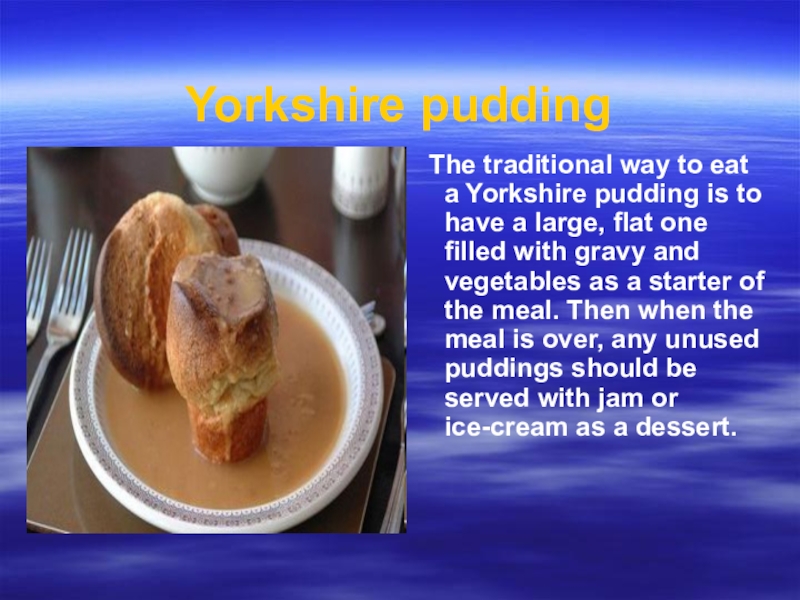 The traditional way to eat a Yorkshire pudding is to have a large, flat one filled with gravy and vegetables as a starter of the meal. Then when the meal is over, any unused puddings should be served with jam or ice-cream as a dessert. 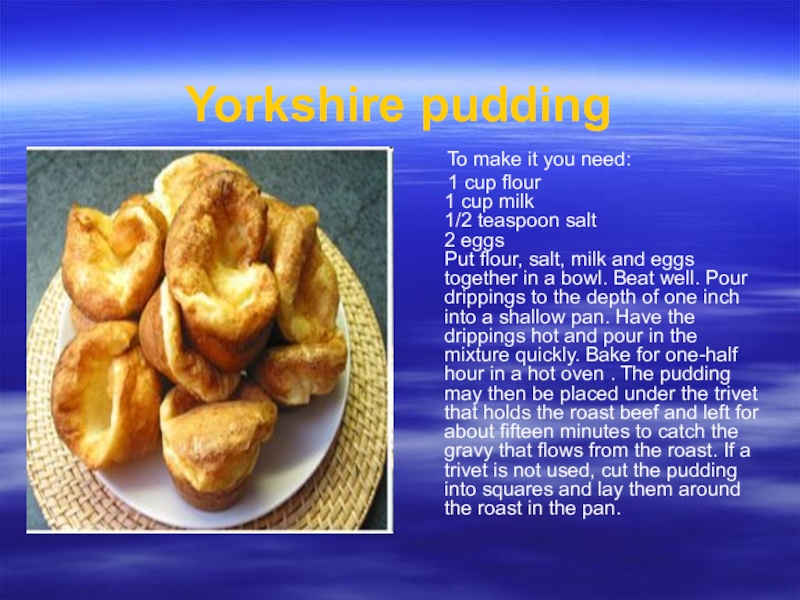 To make it you need:
1 cup flour 1 cup milk 1/2 teaspoon salt 2 eggs Put flour, salt, milk and eggs together in a bowl. Beat well. Pour drippings to the depth of one inch into a shallow pan. Have the drippings hot and pour in the mixture quickly. Bake for one-half hour in a hot oven . The pudding may then be placed under the trivet that holds the roast beef and left for about fifteen minutes to catch the gravy that flows from the roast. If a trivet is not used, cut the pudding into squares and lay them around the roast in the pan. 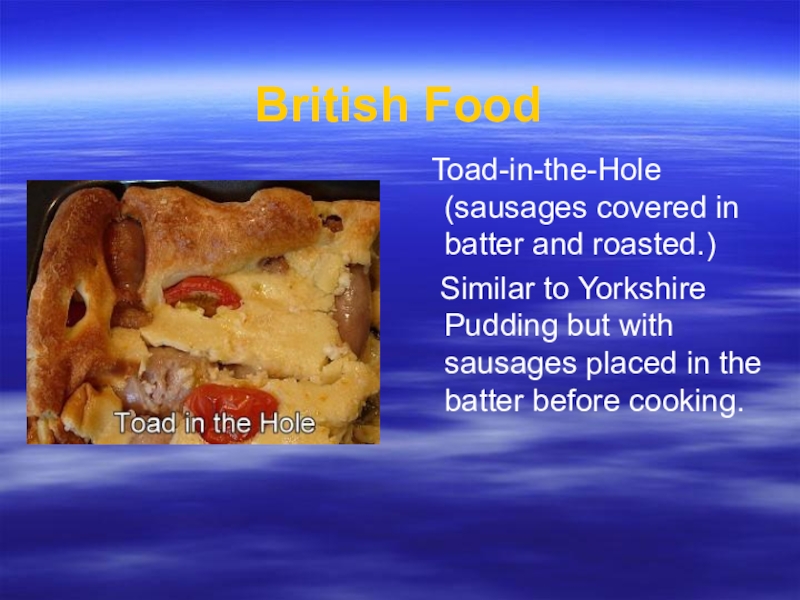 Toad-in-the-Hole (sausages covered in batter and roasted.)
Similar to Yorkshire Pudding but with sausages placed in the batter before cooking. 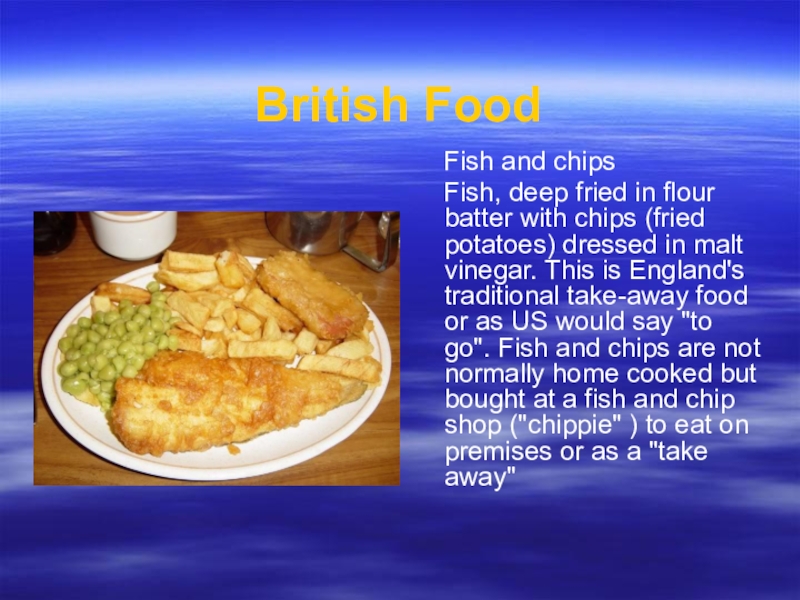 Fish and chips
Fish, deep fried in flour batter with chips (fried potatoes) dressed in malt vinegar. This is England's traditional take-away food or as US would say "to go". Fish and chips are not normally home cooked but bought at a fish and chip shop ("chippie" ) to eat on premises or as a "take away" 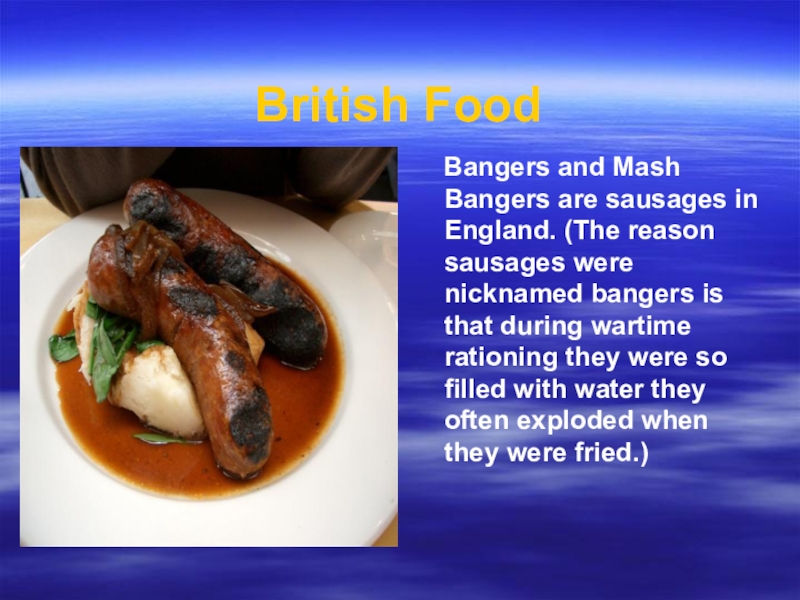 Bangers and Mash Bangers are sausages in England. (The reason sausages were nicknamed bangers is that during wartime rationing they were so filled with water they often exploded when they were fried.) 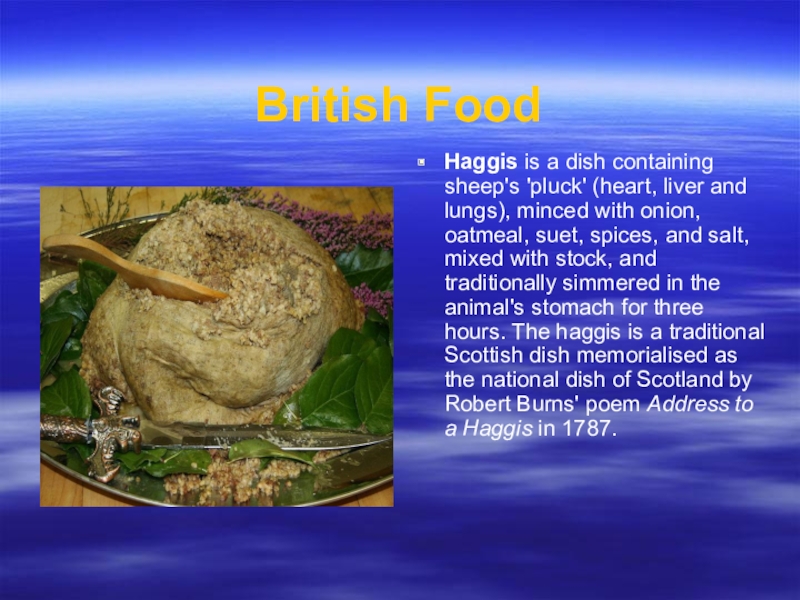 Haggis is a dish containing sheep's 'pluck' (heart, liver and lungs), minced with onion, oatmeal, suet, spices, and salt, mixed with stock, and traditionally simmered in the animal's stomach for three hours. The haggis is a traditional Scottish dish memorialised as the national dish of Scotland by Robert Burns' poem Address to a Haggis in 1787. 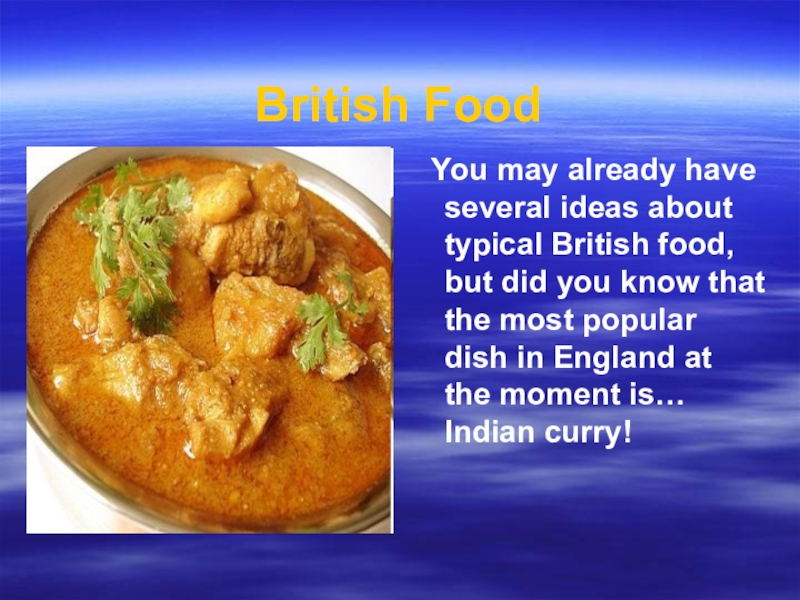 You may already have several ideas about typical British food, but did you know that the most popular dish in England at the moment is… Indian curry! 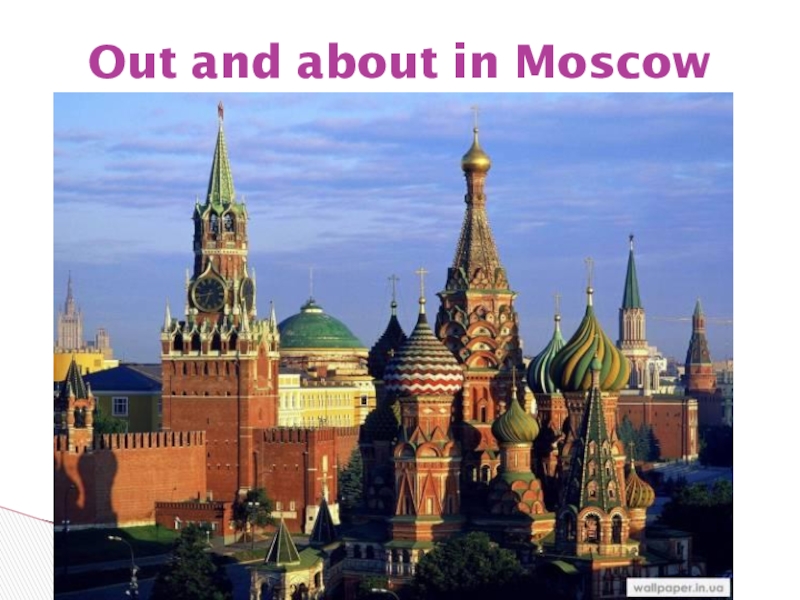 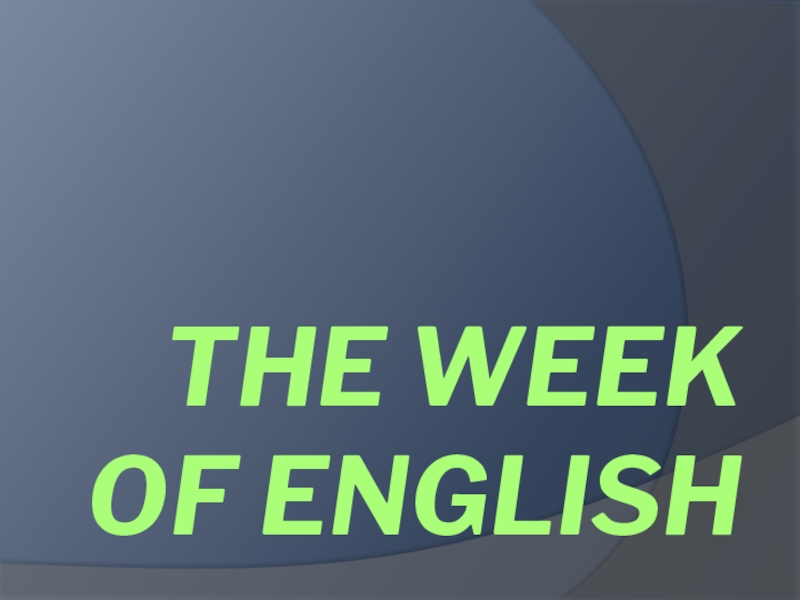 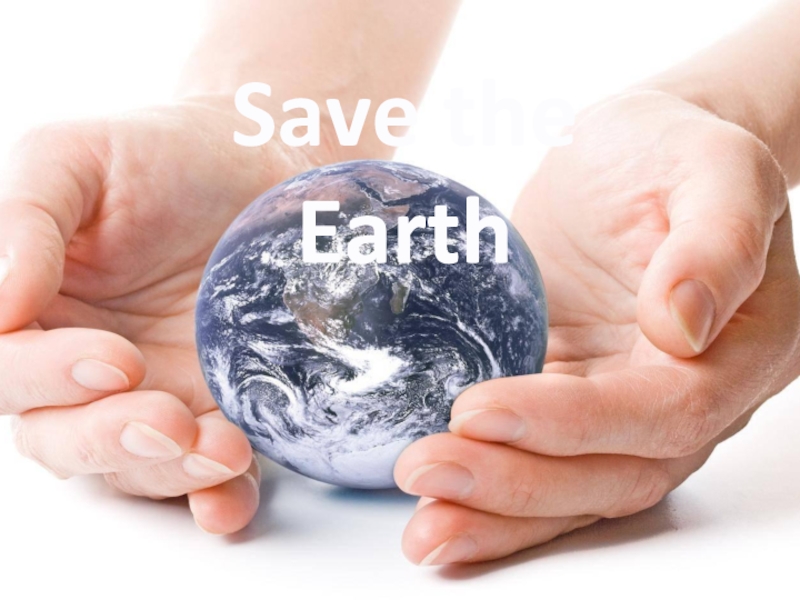 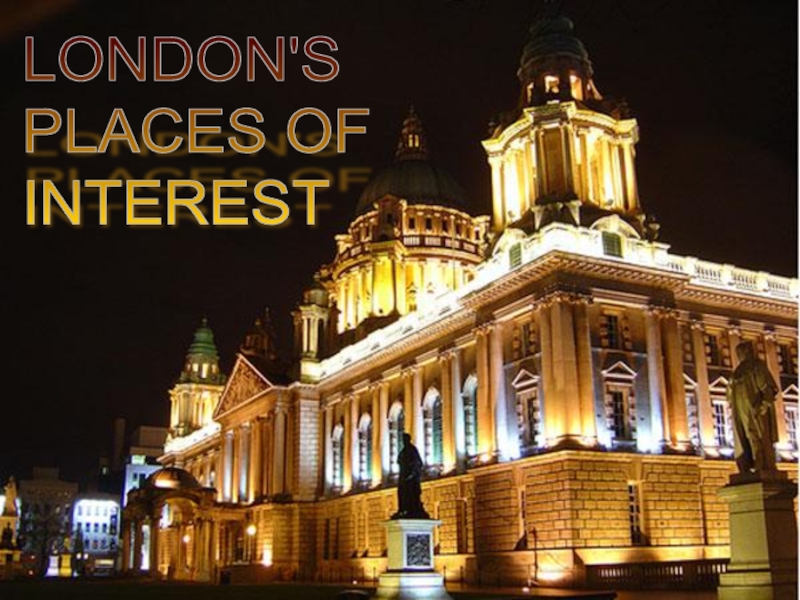 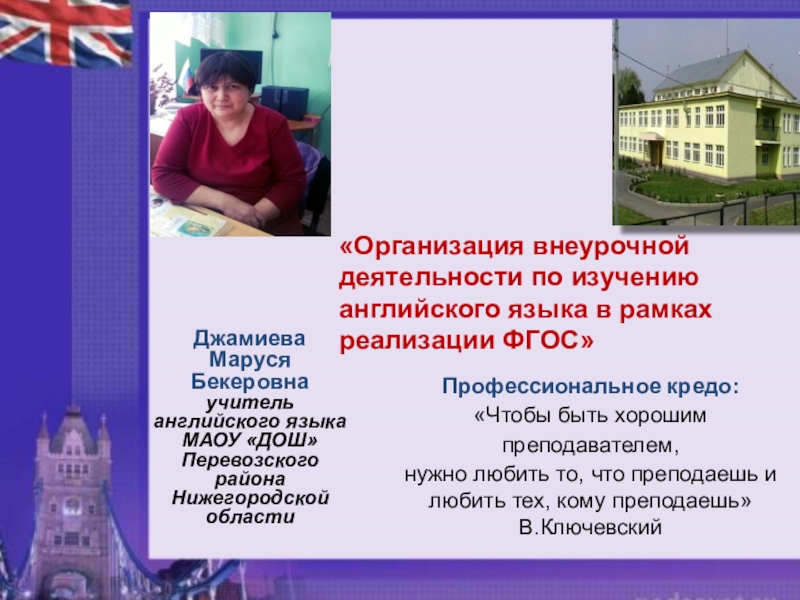