to take aftermeans to resemble a parent or a family member in appearance or characterShe’s very funny. She takes after her mother.He’s blond with blue eyes. He takes after his father.He is good at tennis. He

in appearance or character
She’s very funny. She takes after her mother.
He’s blond with blue eyes. He takes after his father.
He is good at tennis. He doesn’t take after his brother. 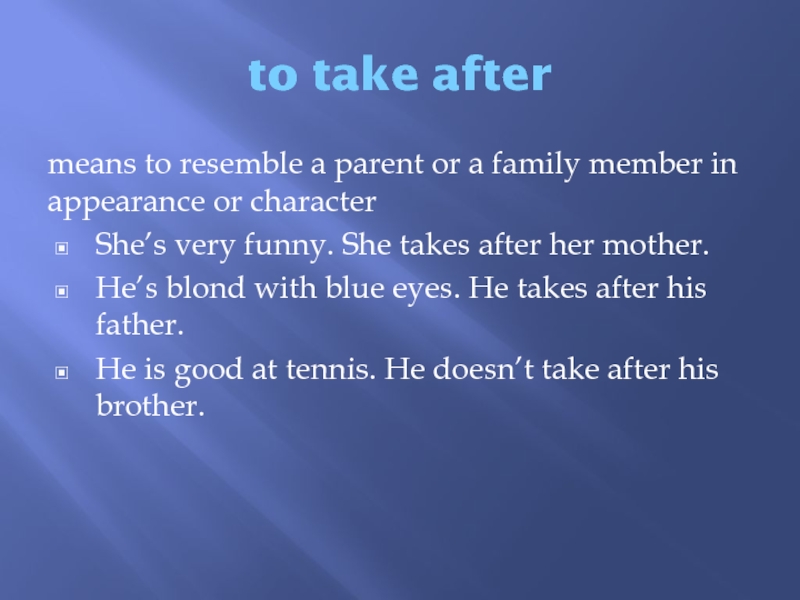 of
He took my car apart to repair it.
The machine needs taking apart and cleaning.
Michael spent two days taking his computer apart. 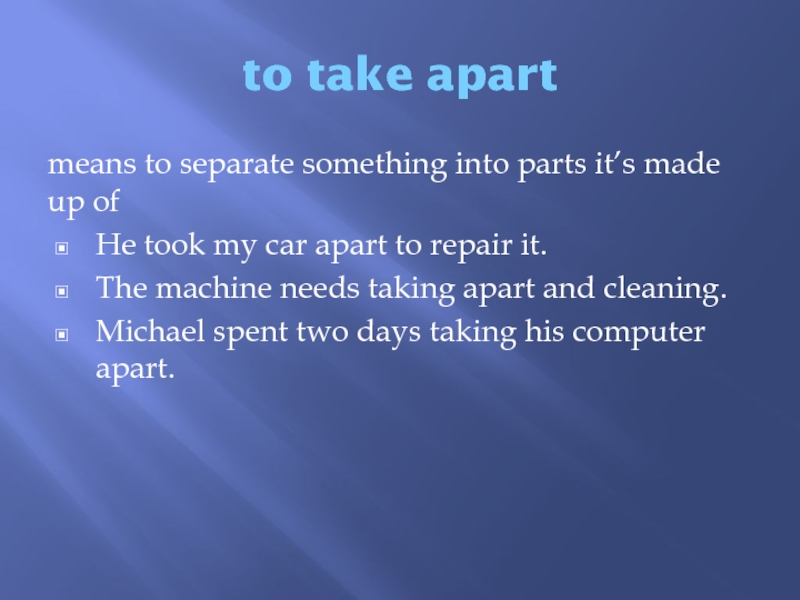 dessert away, please. I haven’t finished yet.
Take that away! I don’t want to use it anymore.

also means to remove something from you, so that you no longer possess or use it
Her passport was taken away so she can’t leave the country.
I was a bit worried when a customs officer took away my bottle of water. 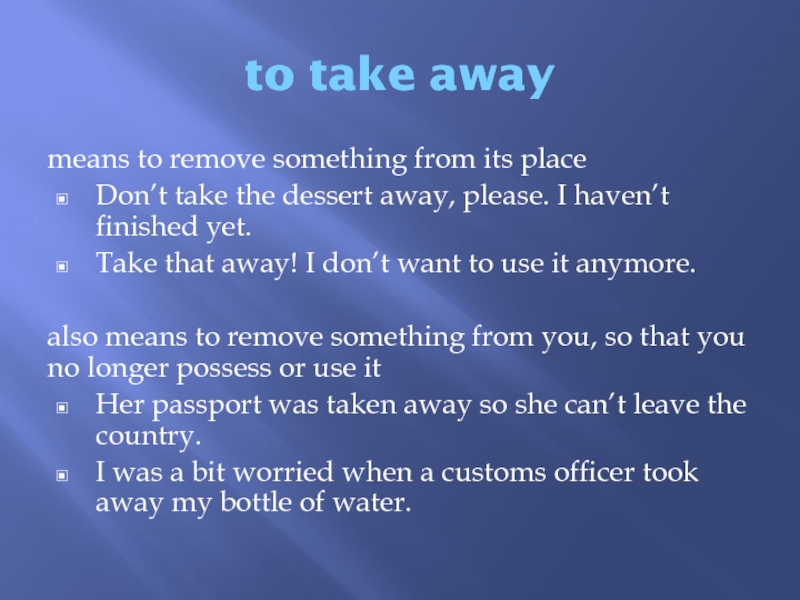 carry it away to eat
We ordered Italian food to take away.
Is that to eat in or take away?
also means to subtract one number or amount from another
Fifty take away twenty is thirty.
If you take five away from twelve you get seven. 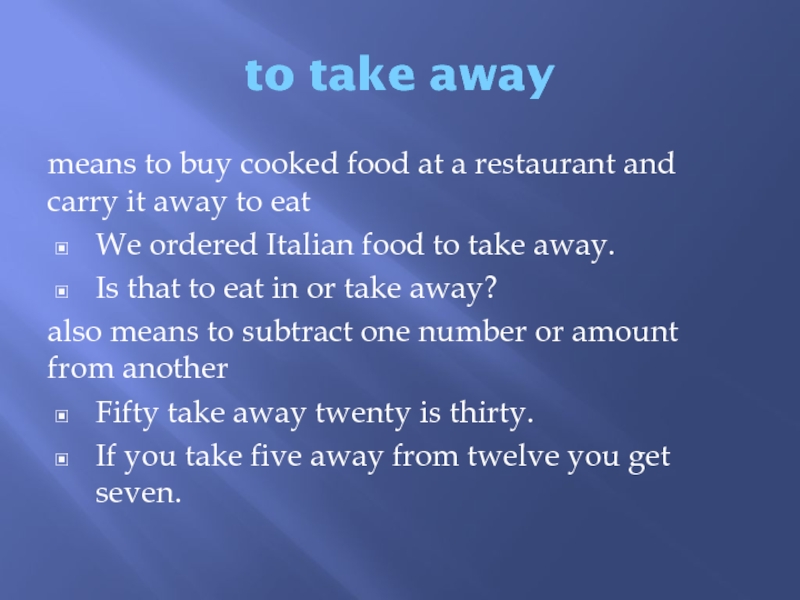 bought or borrowed it
When I got home I discovered the dress was too tight. So I took it back to the shop.
You need the receipt if you want to take your goods back.
also means to retract a statement, admit that something was wrong
I’m sorry that I said you were selfish. I take it back.
I had to take back everything bad I'd said about him. 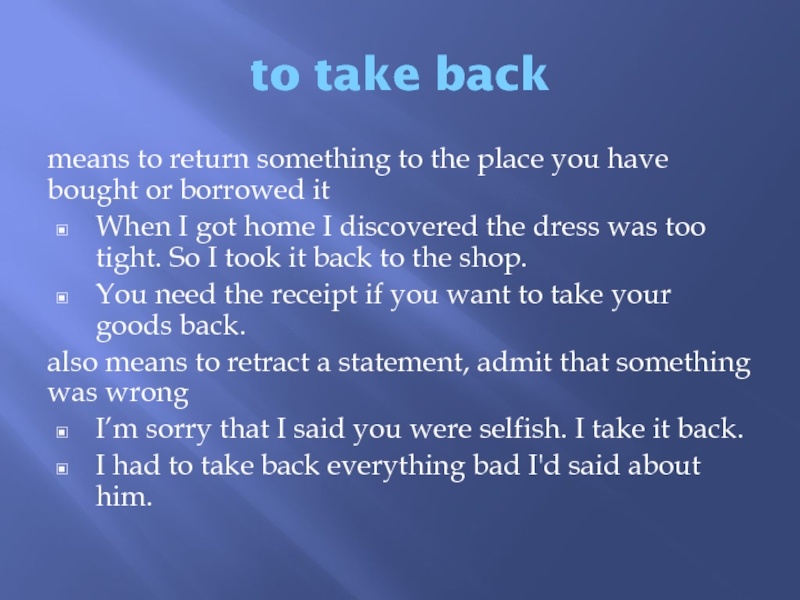 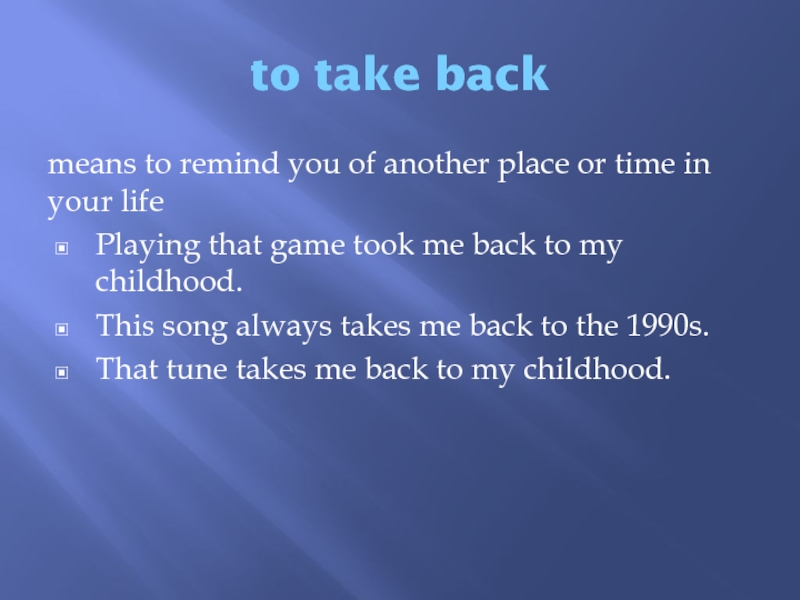 of information
John took down Ann’s number so he could call her back.
If you have a pen, you can take down my phone number.
The policemen took down his answers to their questions.

also means to remove something from a wall or other vertical surface, also from a hanging position
He took down the picture from the wall.
We need to take down the curtains to be cleaned. 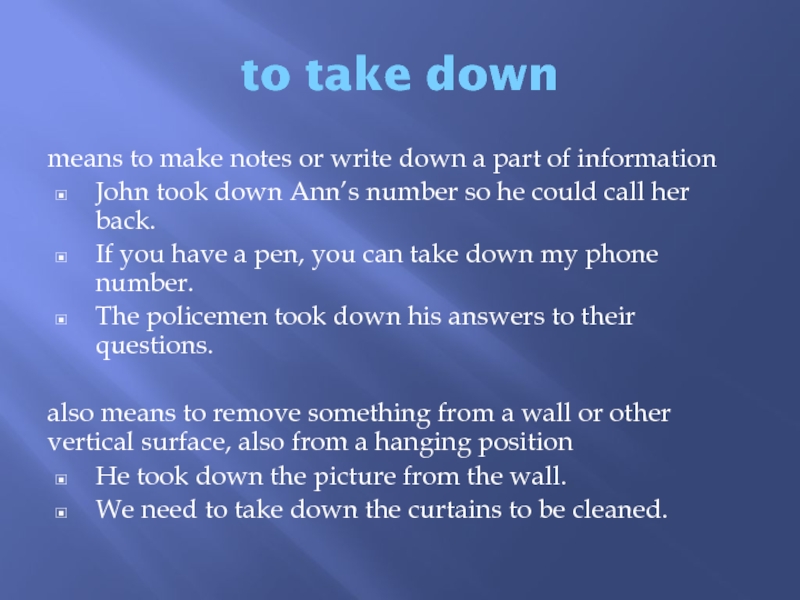 Слайд 9to take in
means to shorten, make clothes smaller
She took her dress

in as it was too big.
Try taking the skirt in a little around the waist.
also means to deceive someone
I was taken in by him. I believed everything he said.
She took me in with her story until James told me the truth.
also means to understand, comprehend something
I just couldn’t take in what she was saying.
It was a very good speech and they took it all in. 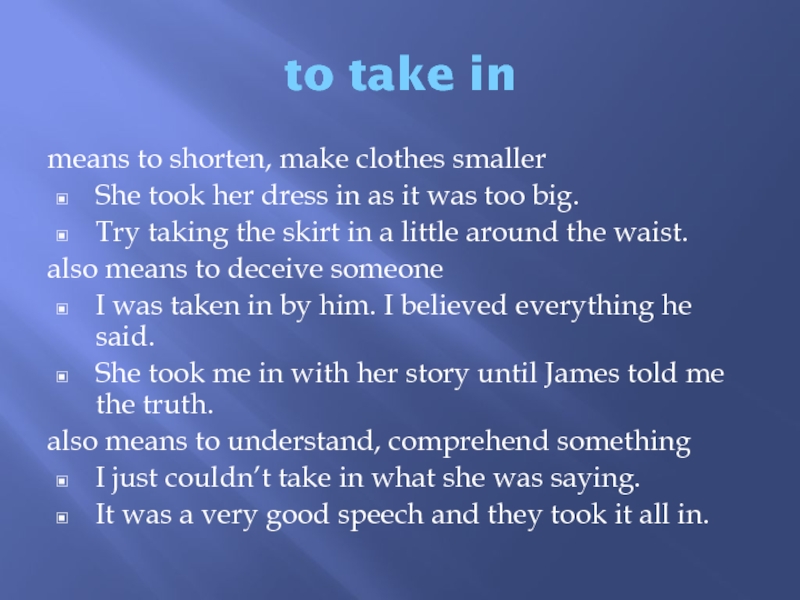 Слайд 10to take off
means to remove something, usually clothes or accessories
It was

hot in the room so she took off her jacket.
I wish you would take off your sunglasses so we could see your eyes.
also means to be away from work (for holidays or illness)
She took a week off to go and visit her father.
I’m going to take a couple of days off to visit my friend. 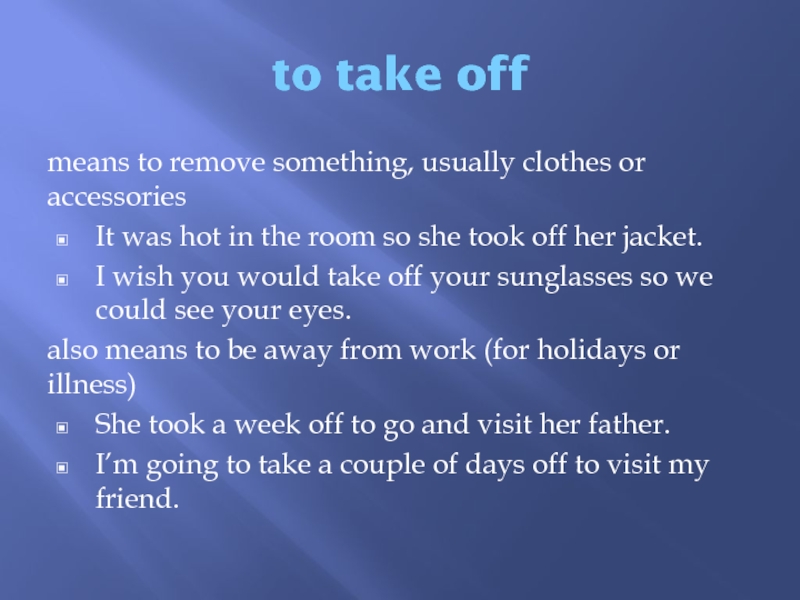 flight for London took off on time.
The plane took off at 5am.
also means to become successful very suddenly
Our business has really taken off this year.
Alexander’s career took off last year. 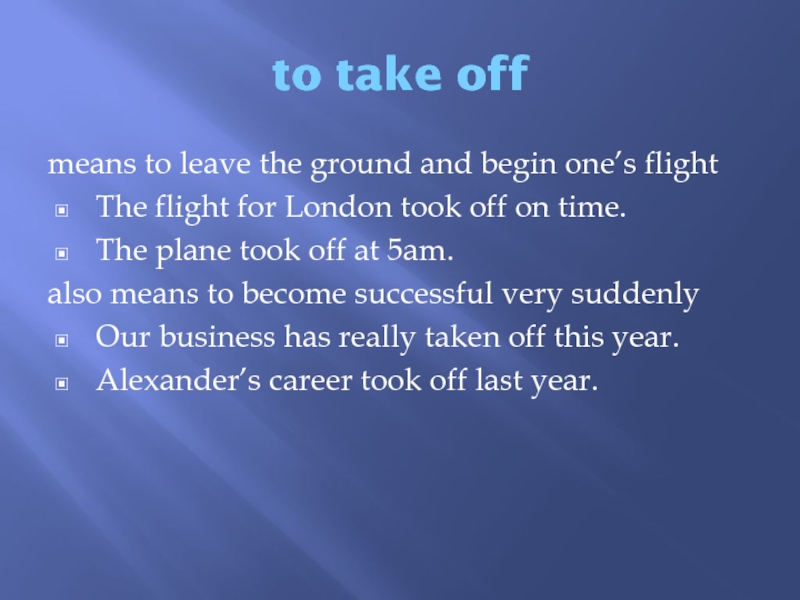 picture out of the frame and gave it to me.
She had to take out her wallet from her bag to find her key.
also means to withdraw money from your bank account
The man went to the cash machine and took out 500 pounds this afternoon.
Max took out all money from his savings account to pay for his new car. 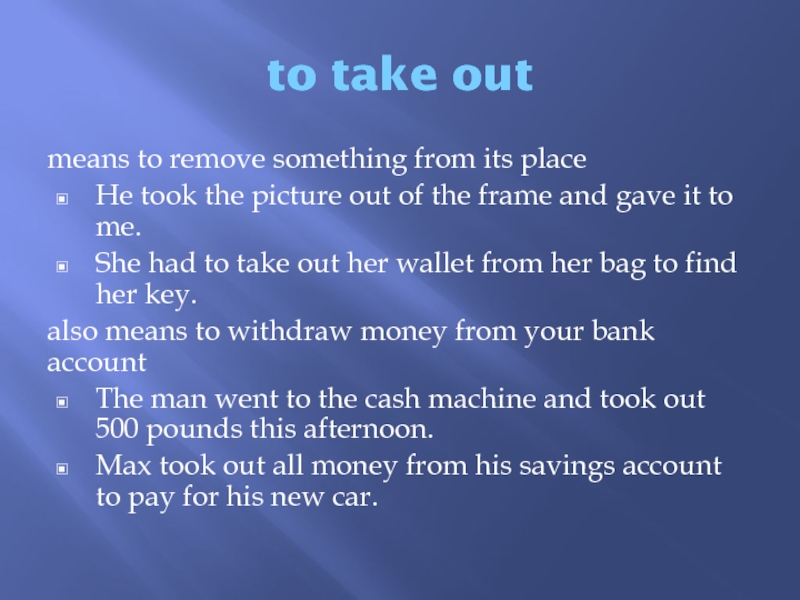 a date)
I’d like to take you out for dinner.
I took the children out for the day to the beach.
Sam took his wife out to a restaurant last Saturday night. 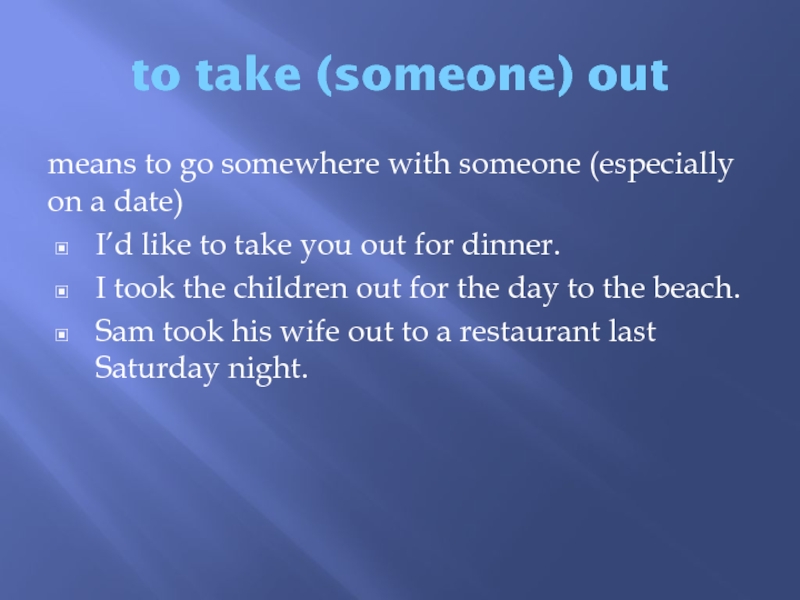 corner shops in this street have been taken over by a large company.
The firm has been taken over by one of its main competitors.
also means to replace someone or something
He took over from Alice as Head of department last year.
Andrew takes over as Director in May when Paul retires. 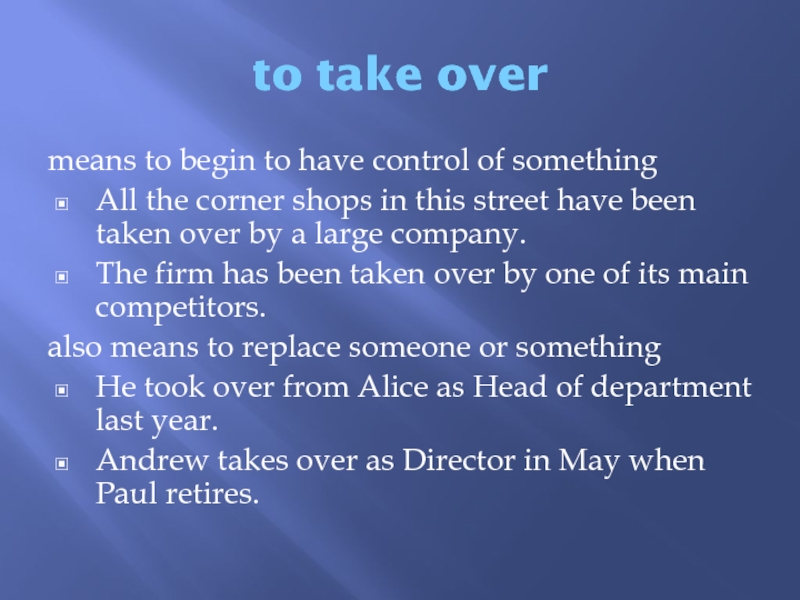 you through all the instructions for our plan.
I took Mary through the schedule and explained how it works.
Shee took me through the procedures before we started. 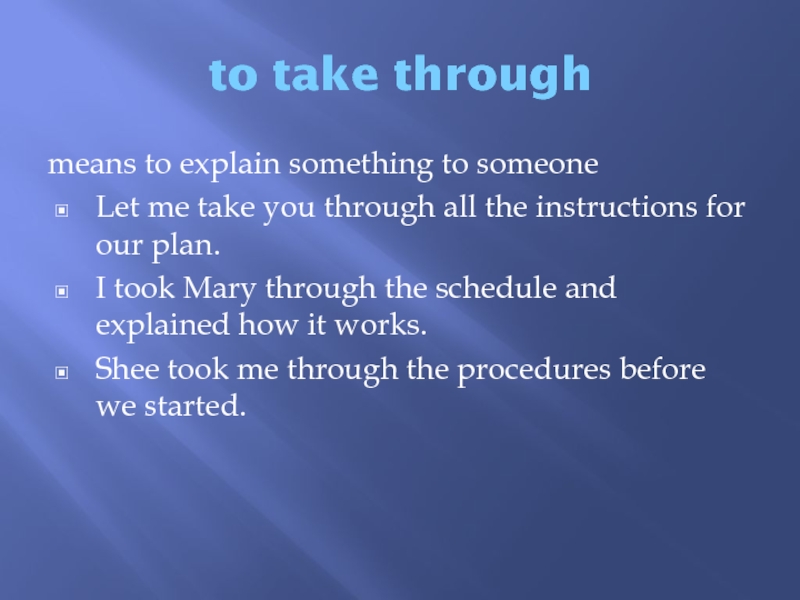 a regular basis
Since he retired, he’s taken up tennis.
She’s thinking of taking up yoga.
also means to fill or occupy space or time
This wardrobe is too big. It takes up too much space.
My day is completely taken up with different meetings. 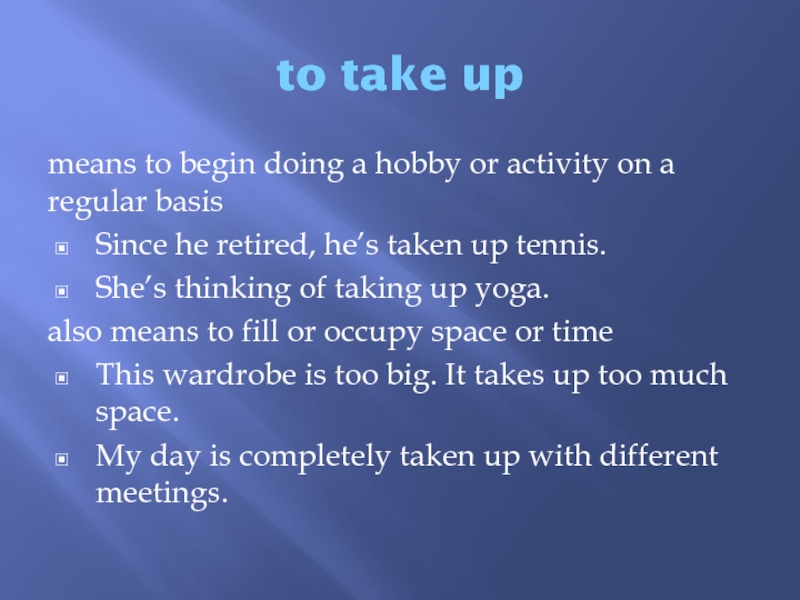 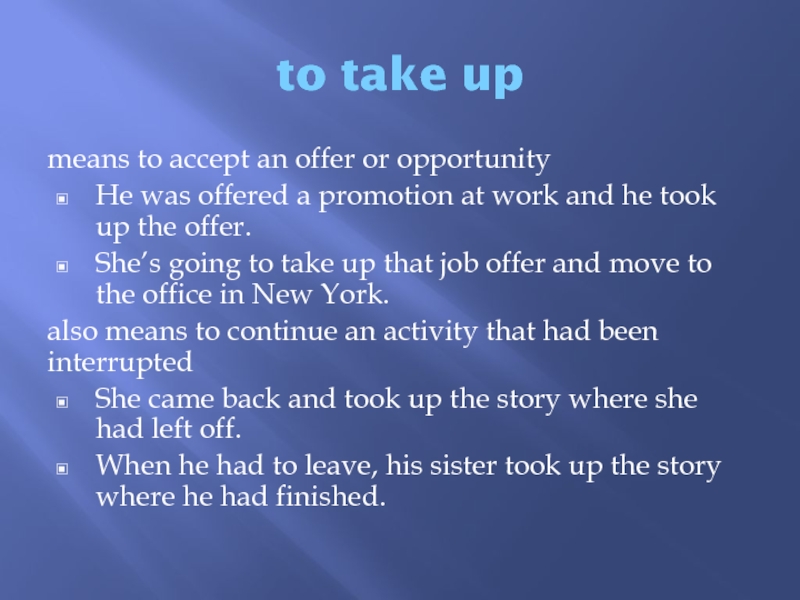 Слайд 18Thank you for your attention! 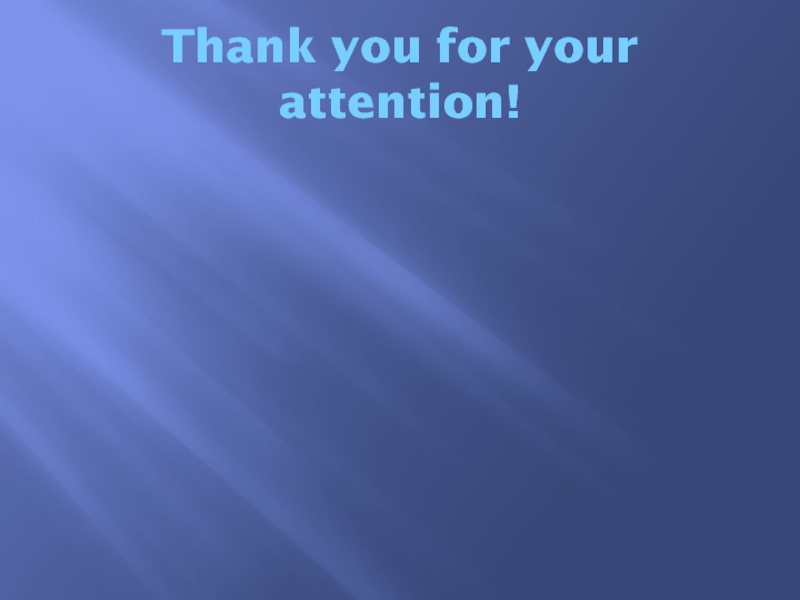 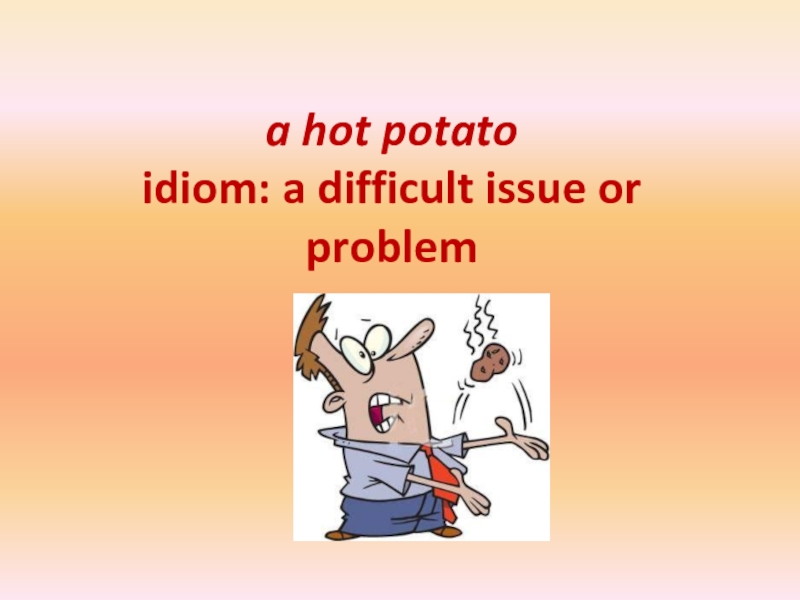 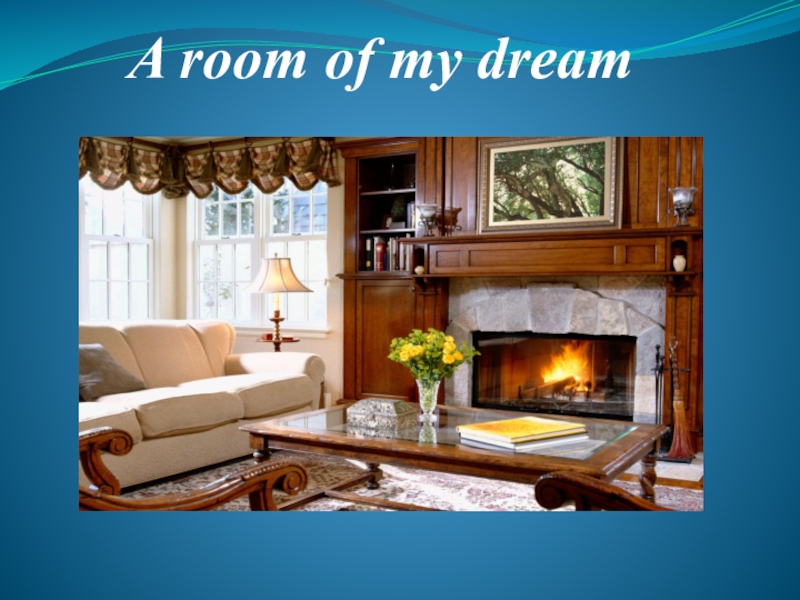 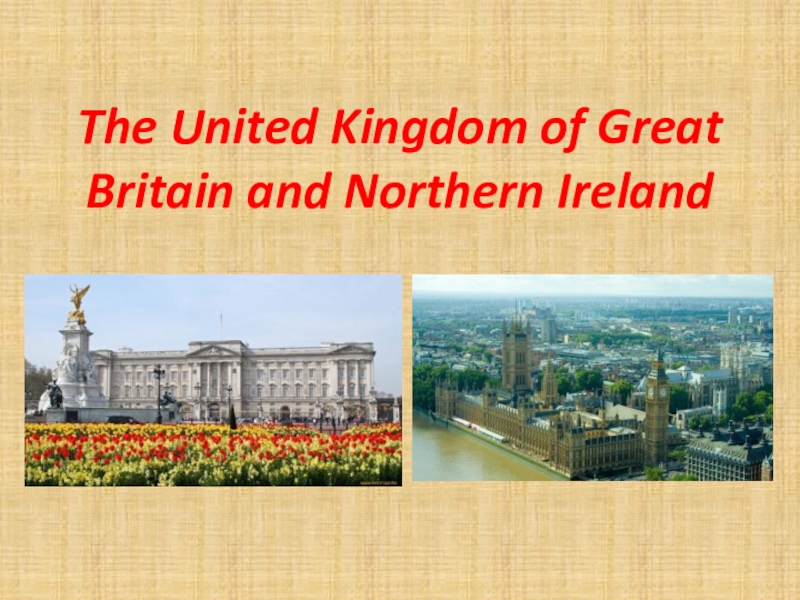 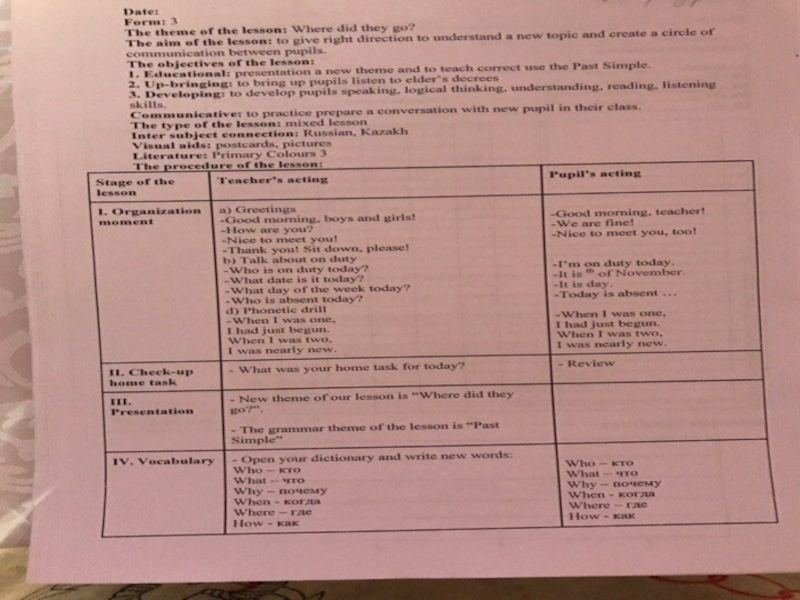 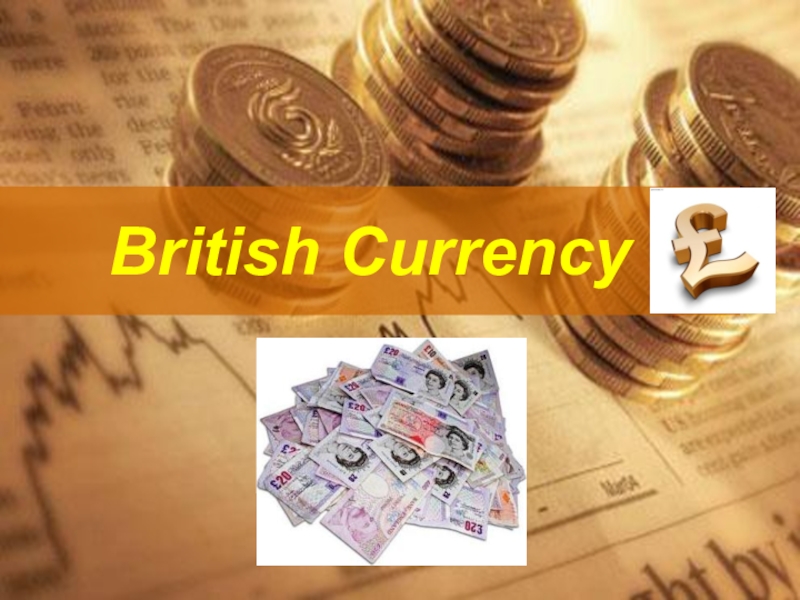 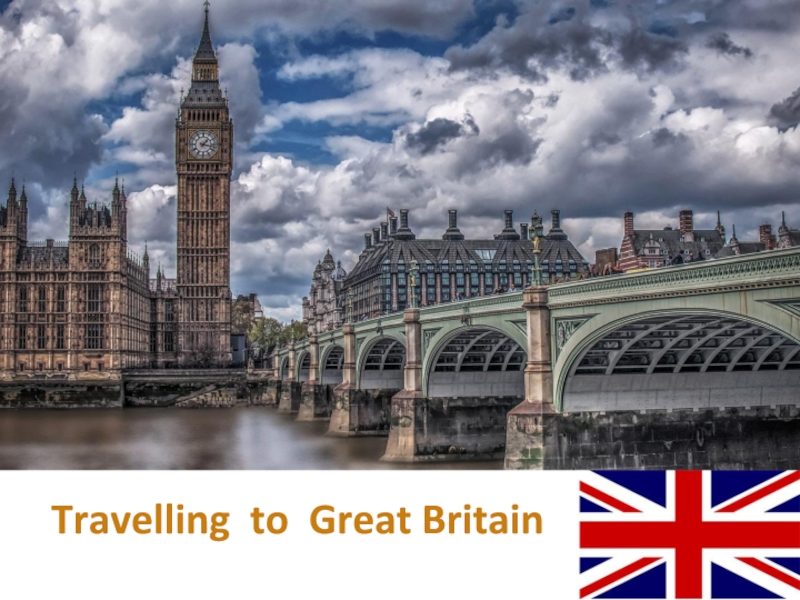