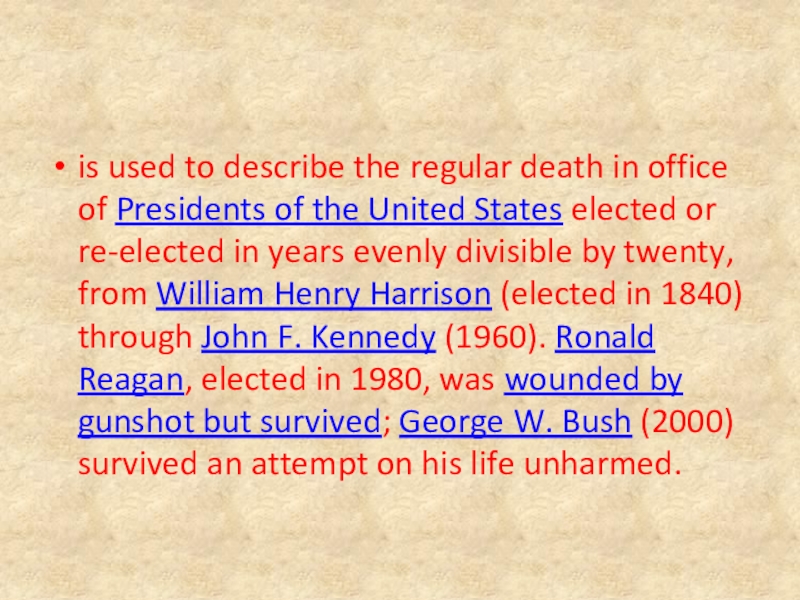 is used to describe the regular death in office of Presidents of the United States elected or re-elected in years evenly divisible by twenty, from William Henry Harrison (elected in 1840) through John F. Kennedy (1960). Ronald Reagan, elected in 1980, was wounded by gunshot but survived; George W. Bush (2000) survived an attempt on his life unharmed. 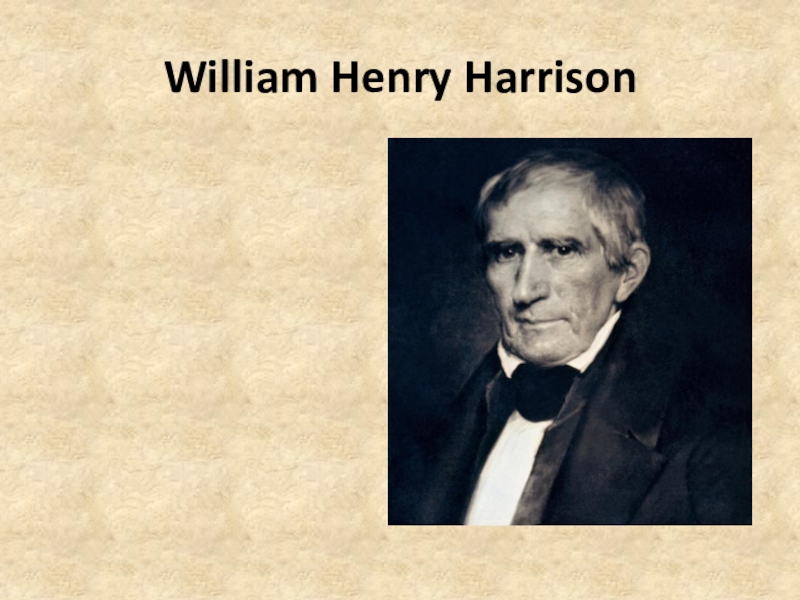 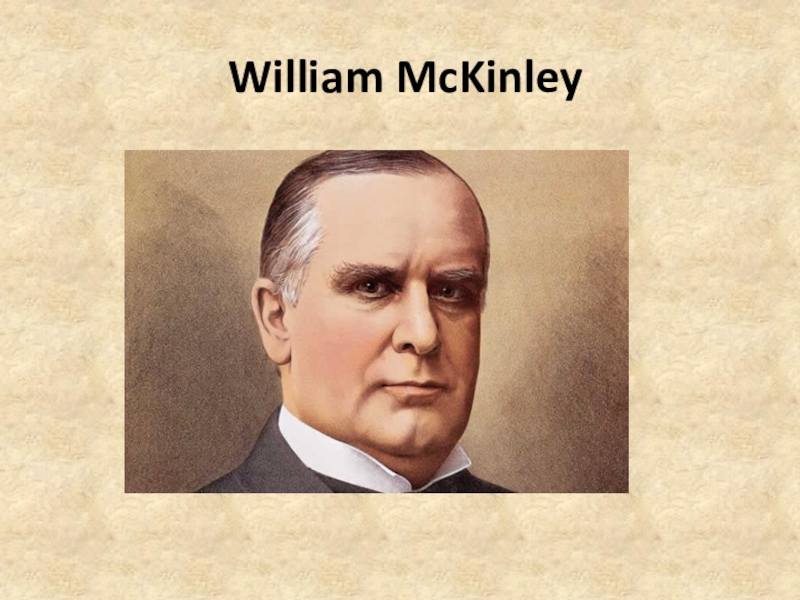 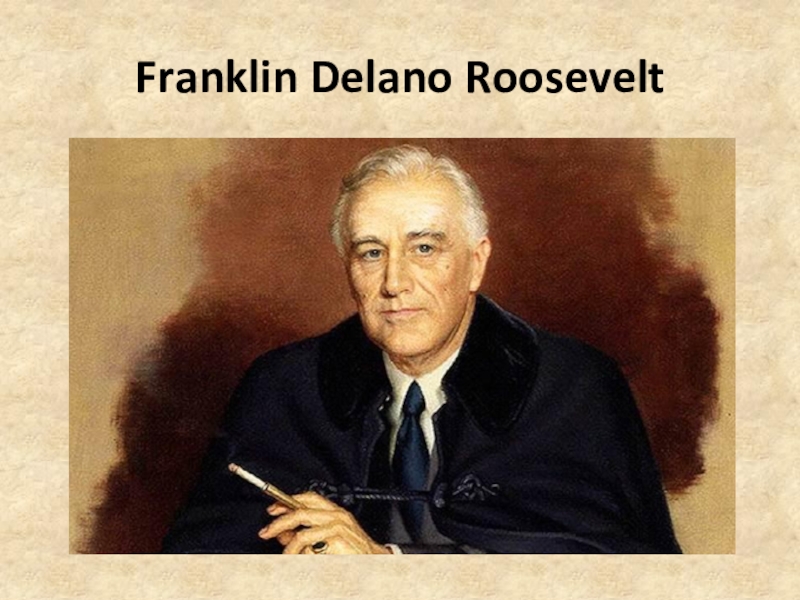 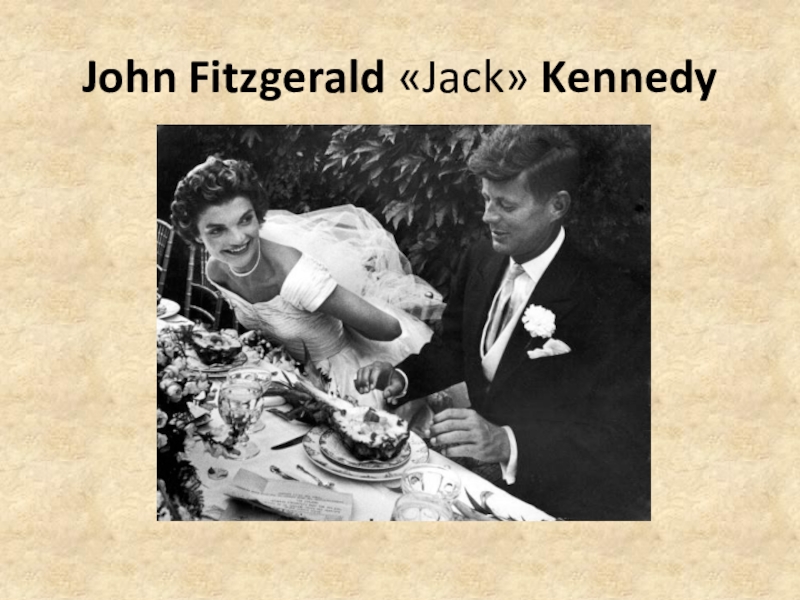 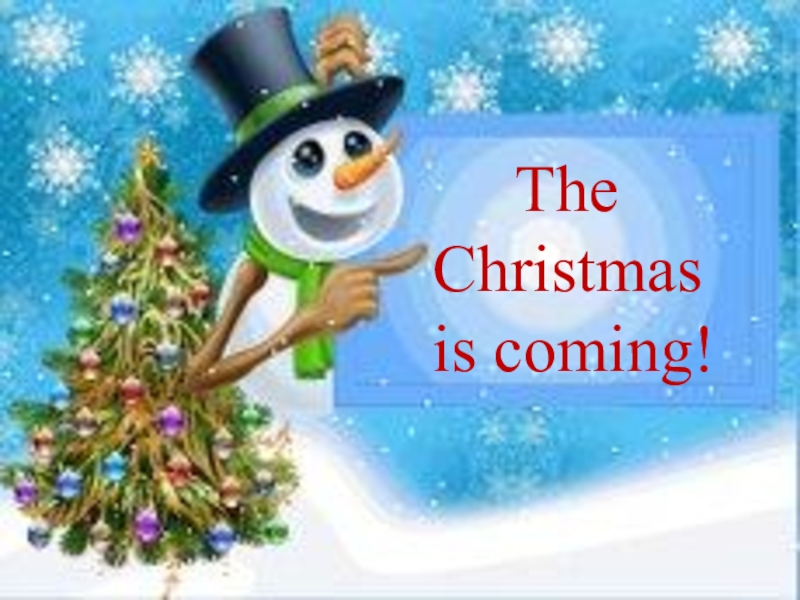 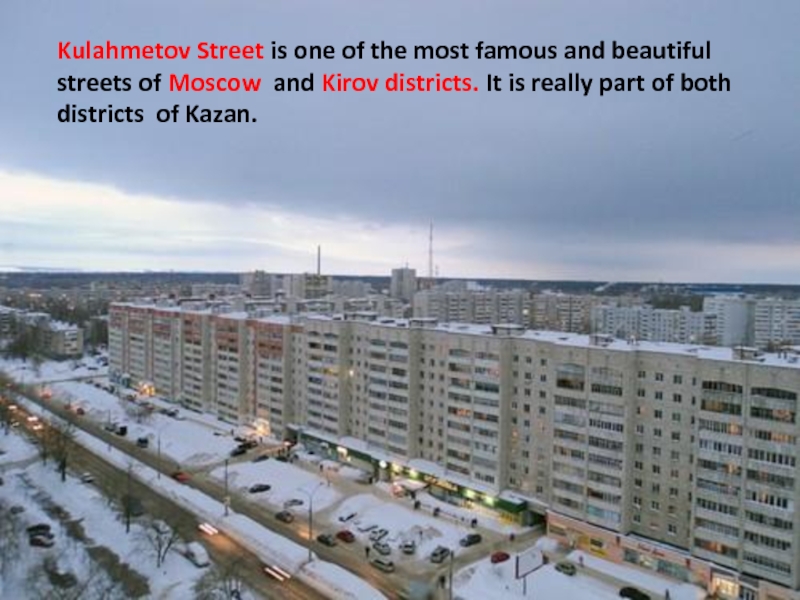 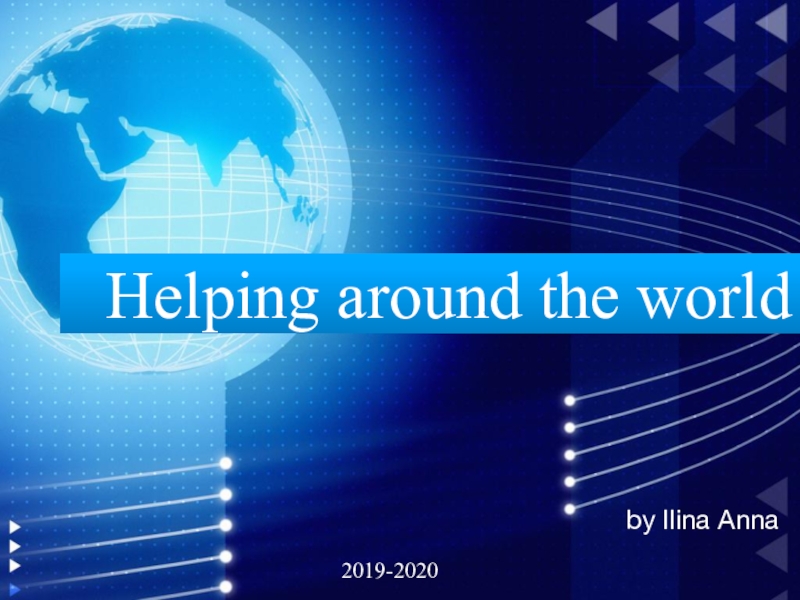 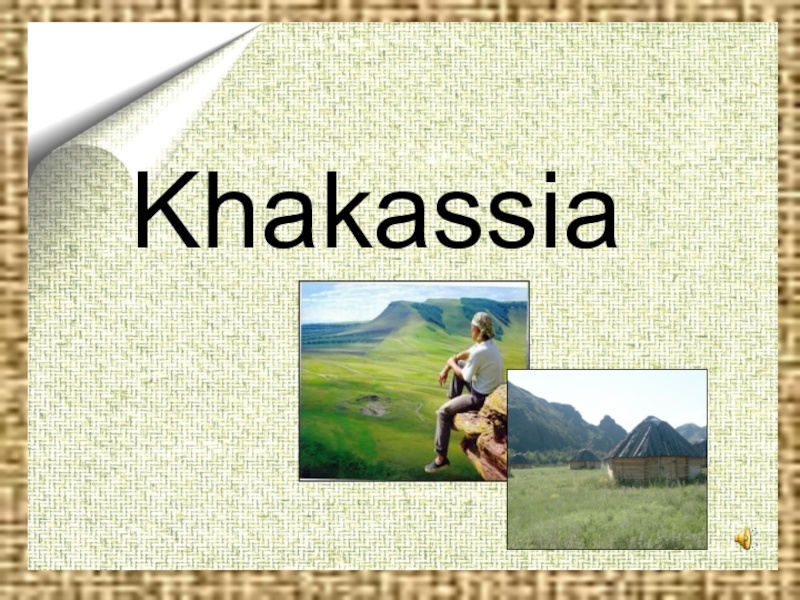 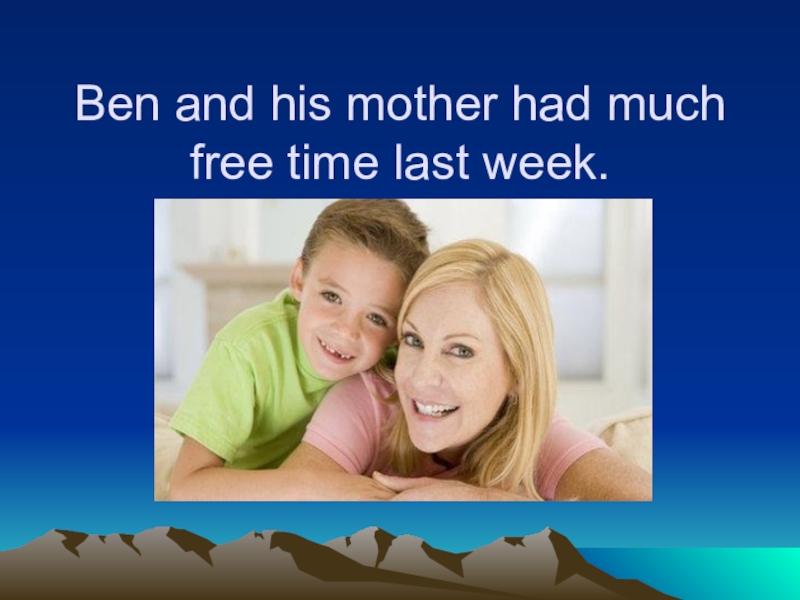